Only 9% of respondents had used a retailer's app to make a purchase, according to research from WE Communications and YouGov. 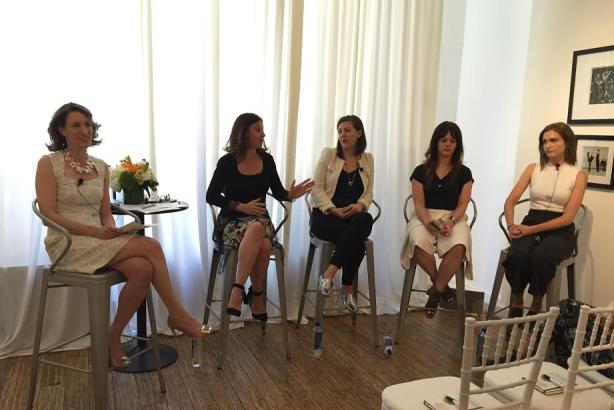 A study of online buying habits, including purchases made on social media and in-app, by WE Communications and YouGov found that women are not enthusiastic users of social- and app-based shopping.

Only 9% of respondents had used a retailer’s app to make a purchase, according to the research.

"Women would rather give up sex or wearing makeup for a month than make purchases on social media," said WE New York MD Alyssa Garnick.

However, the findings don’t spell the end of social media and app-based shopping, according to experts assembled by WE for a Wednesday morning panel.

Like most industries, retail brands are trying to use new technology, from social media to virtual reality, to reach their customers in interesting ways, but many aren’t seeing success.

The research found that 73% of women prefer to use social media for connecting with friends, rather than shopping. Lorraine Sanders, a fashion technology journalist and the host of the Spirit of 608 podcast, suggested large brands could mimic smaller rivals that build a community around their social pages, then promote their products.

"A lot of underground brands with cult followings have really enthusiastic social buying," she said. "They engage with their community and offer something valuable and, when the brand throws out a product, it's easier to convert it into sales."

"If you can figure out the data, you can figure out what your customer needs," said Hilary Milnes, senior reporter at fashion magazine Glossy. "If any platform can do it, it's Instagram or Facebook. They know your browsing habits and can put something you like in front of you."

As for the retail apps, they need to offer something other than a phone-based way to purchase products. The mobile versions of most retailers’ websites are often sufficient for online shopping, which makes the app extraneous, the panelists agreed. However, some offer more than purchase choices, such as Sephora’s app, which includes games, makeup tutorials, and augmented reality features alongside shopping, Milnes noted.

Caryn Neary, founder and CEO of Bene Rialto, a retail incubator in New York, stressed the importance of creating a seamless online, in-app, and in-store experience. She cited Warby Parker as a good example of consistent online and brick-and-mortar presence. The company does most of its business online, but also operates showrooms and pop-up stores for customers to physically interact with the product and make that connection.

"It is critical that the customer experience is good," Neary said. "We need to integrate that online and in-store process."

The panelists also said partnerships between legacy retailers and startups can help established companies better reach customers on social, such as the collaboration between Saks Fifth Avenue and Gilt.

"There aren’t fast changes in bigger companies because the culture is already set," said Liza Kindred, founder of Third Wave Fashion. "But there has to be innovation happening in the big brands."

Retail brands have a considerable challenge to integrate new technology, maintain the physical connection to their products, and overcome the stigma against buying on social media. However, the panelists agreed that retailers will learn how to use new technology and make it a seamless part of the customer experience.

"So many new technologies are hard to use," said Kindred. "But that doesn’t mean we shouldn’t try to use them and improve them."

Forbes: How Art, Data And Technology Drive Creativity At WE

WE in the News

AC Podcast: Hosein and Ashworth on Future of Comms and Tech

WE in the News